This is the 6th post about our Europe in 360° project. To get a better understanding of this adventure, we recommend you read the introductory article.

After having stayed almost 10 days in Poland, we were definitely ready for our next destination:  Bucharest. We first had to face a little problem with an ultra-low-cost airline. The check-in process needs to be done online more than 3 hours prior to embarkation. We weren’t aware of this procedure from Wizz Air. The penalty for checking in at the airport directly cost us more than the actual ticket. Let’s say things could have started more smoothly.

We didn’t have huge expectations for the Romanian capital but were greatly impressed by the architecture that seemed inspired by the French. Before reaching our hostel, we drove by their own Arcul de Triumf, strongly inspired by l’Arc de Triomphe in Paris. During the period preceding the Second World War, Bucharest was nicknamed Little Paris. We now better understand the reasons why most people could understand and use French as a second language.

The weather during our trip was lovely which allowed us to visit most of Bucharest on foot which is the best way to discover what a city has to offer. Near the Arcul de Triumf, there is a huge park surrounding a lake in the heart of the city. This is where we spent most of our time in Bucharest. The locals enjoy this park to go cycling, go on a walk with their families, eat out at a famous restaurant and even go clubbing at night. This park has it all. The 360-degree aerial picture below can give us a good idea of the size of the park.

While walking towards the Old Town, we stumbled upon one of the most beautiful historical monuments of the city. The picture below shows the Romanian Athenaeum, a concert hall, and a landmark which opened in 1888. 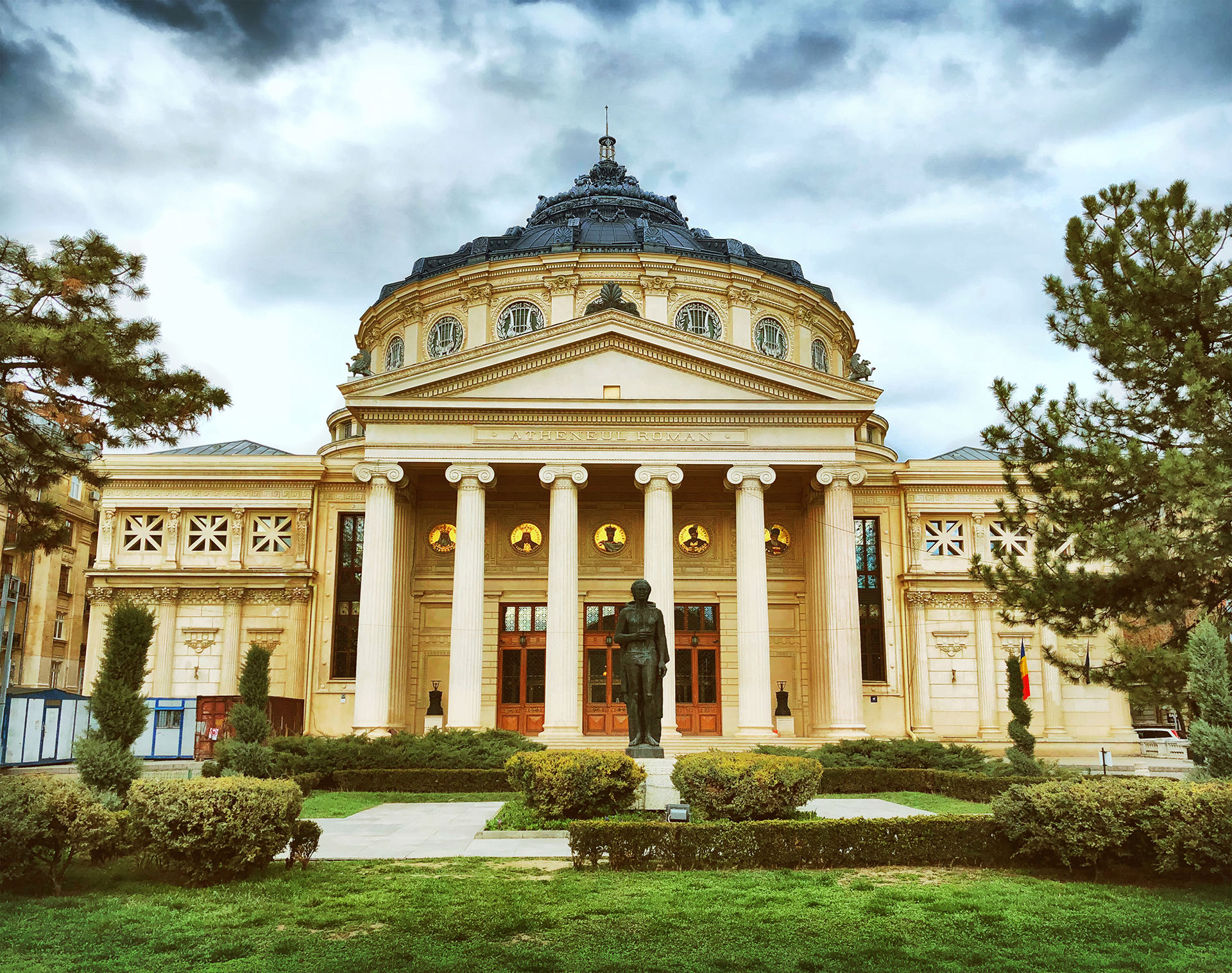 We couldn’t come and visit Bucharest without going to see the Palace of the Parliament. It is the largest stone building and the second largest administrative building in the world after the Pentagon. We captured one of the facades of the Palace in 360 degrees to demonstrate the scale and grandeur of this behemoth.

Let’s say our virtual reality equipment looks pretty small in front of such a building. 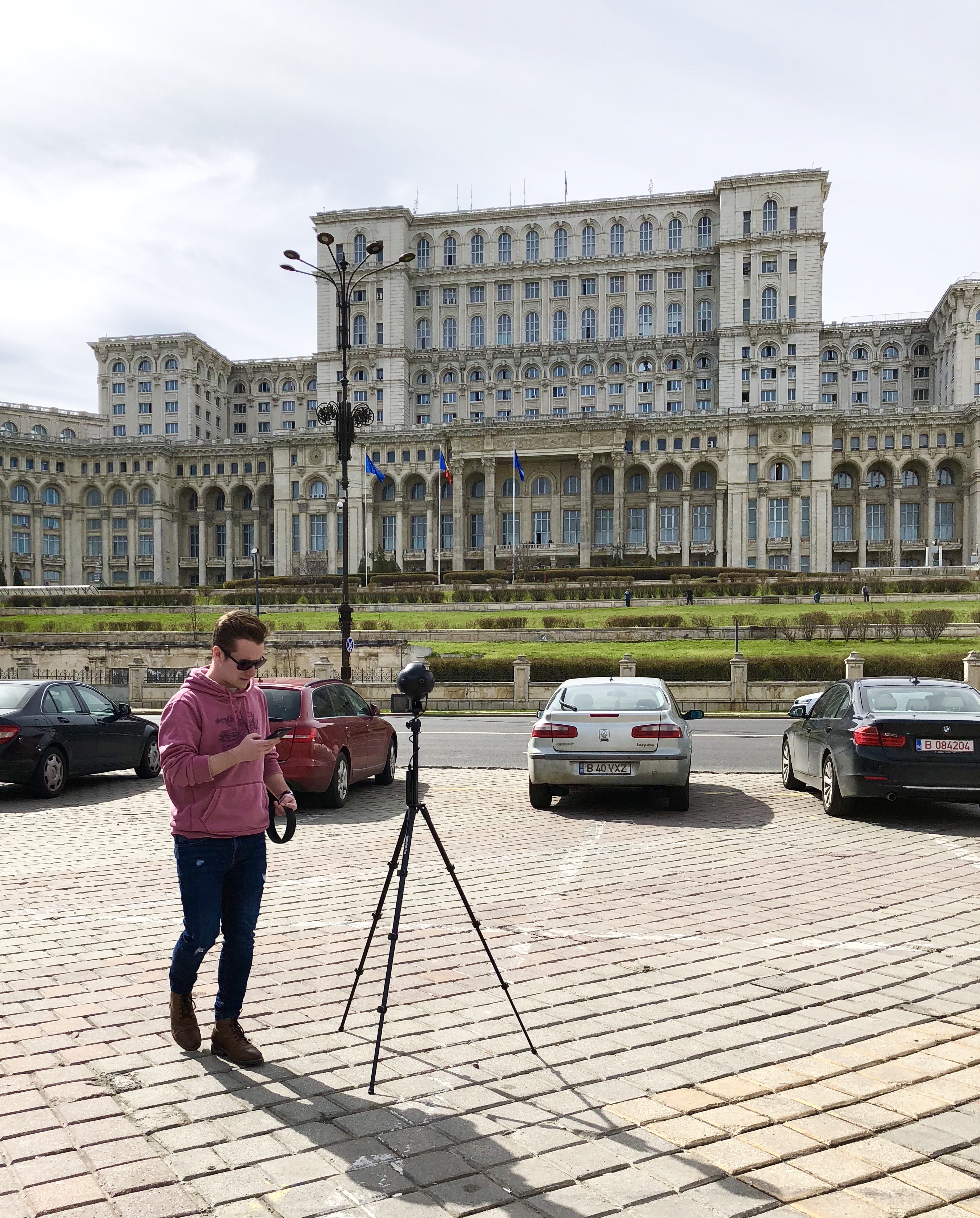 Without being particularly charmed by Bucharest, we still enjoyed our time spent in the city. Next stop: Varna and Veliko Tarnovo in Bulgaria.